Triage Tags or: How I Learned to Stop Worrying and Love the ICU 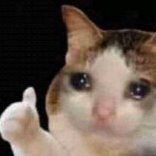 By Sheeplets,
January 8 in Suggestions & Ideas