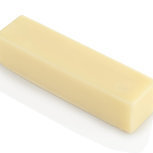 A Guide to Antagonist

By Butterrobber202, May 21 in Guides & Tutorials