This world is for the Mad 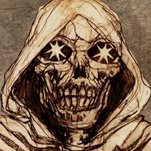