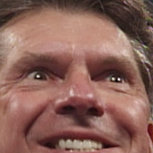 So something's really been getting under my skin lately - crew that've been transformed into slimes, aliens, robots, etc. acting exactly like their original persona. Not only does this happen, but the rest of the crew actually believes the big purple alien when it says it's actually the scientist. If you ask me, this is something that shouldn't be happening, so can some admin or mod chime in here on this topic?

It's getting to the point where the Staff of Change only gives the crew a new method to kill you.

10 answers to this question