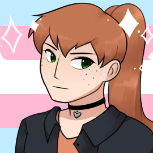 There's been mixxed signals about when it's still ok to do antag actions in departures, and when it's okay to discuss the round in OOC when the shuttle is called.

What's the exact stance on these?

5 answers to this question