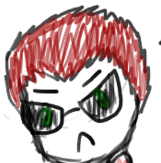 By Sneakyranger,
Wednesday at 23:10 in Whitelist Applications