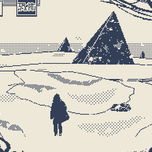 I will handle this. If you are not involved or have anything to add, or you are planning on making a joke/shit, don't post.

Go to this post
Followers 3
Go to topic listing
×
×