[Feedback] Moving the Bridge to the Construction Level 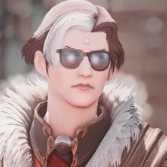 By furrycactus,
May 26, 2021 in Discontinued Projects

Sorry to announce that this project is being discontinued. If some other developer wants to pick it up they're welcome, but I'll no longer be working on it, apologies.
Recommended by furrycactus
Go to this post
Followers 2
Go to topic listing

Top Posters In This Topic